AF Gold and 12u AF (Shaw) Competing at PGF Nationals 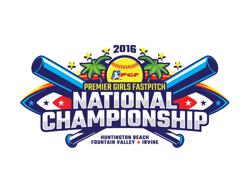 The American Freedom Gold and the 12u AF (Shaw) will travel to Huntington Beach, California on July 22-29, 2016, to compete in the PGF National Championships.

This makes the first national appearance for 12u AF (Shaw), which has established itself as one of the top 12u teams in Texas and the Southeast over the last two season. The team one the 12u Triple Crown Southwest National Championships in Austin in 2015.

This makes the third consecutive trip to PGF Nationals for the American Freedom Gold, which finished 5th at PGF Platinum in 2014 and 13th last year. The AF Gold has been the last Texas team left standing in bracket plat at 18u PGF Platinum and PGF Premier the last two years in a row.

The schedule for both teams can be found HERE.Brackets will be drawn on Saturday morning and posted on the website.