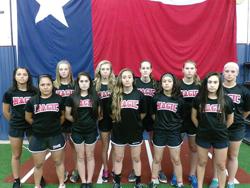 Coach Lara, 42, has coached for more than 10 years and is widely respected and active at all levels of softball in the Sugar Land and Houston area.

Coach Lara's 16u Texas Magic (Lara) has established themselves among the top Houston-area 16u squads. They have won the Texas ASA 16u "A" state title four years in a row. They have regularly qualified for ASA, PGF and Triple Crown Nationals.

The team competes at the 16u Independence Day Boulder Tournament (IDT) and other major national showcase events thoughout the year.

Coach Lara has been married for 13 years. His wife is a nurse at the University of Texas Medical Branch (UTMB) in Galveston. He has two daughters who play softball, including a 2017 and 2019.