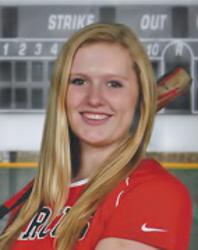 Lexi Cushing, 2016 with American Freedom Gold - Ft. Worth has verbally committed to play for Head Coach Jeff Breeden at Middle Tennessee State University.  MTSU is a Division 1 school competing in conference USA out of Murfreesboro, TN.

Head Coach Jeff Breeden enters his fourth season as head softball coach at Middle Tennessee having seen improvement in his team in each of the three previous years.

In the spring of 2015, the Blue Raiders increased the season win total by more than double the previous campaign’s win total under Breeden’s direction. The team also tallied the most overall wins since 2010 and the most conference wins since 2011. The season was also the team’s best winning percentage since 2007.