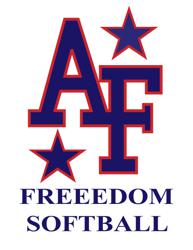 Please check here often for updates, at www.fastpitchsoftball.net, and on each AF team's individual Facebook, Twitter, and Instagram pages. The schedule for the AF's Dallas/Ft. Worth organizational tryouts will be:

Please arrive early so we may get started on time. The American Freedom's Dallas/Ft. Worth area teams are looking for players in all age groups and at all positions.

The American Freedom after consultation with numerous college coaches continues to encourage players to compete in their age group at the "national level," and discourages the practice of "playing up" on second- and third-tier teams that only compete locally.

For a complete list of teams, please check this website. We are potentially adding teams in some age groups over the next week or two. In most younger age groups, there is a team in your geographic area appropriate for your experience level. 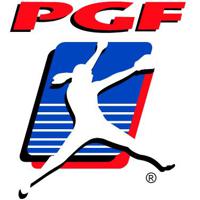 The American Freedom was founded in 2006 as just one team. We have grown quickly to become one of the largest, most successful, and most respected "national" travel clubs in the country. We compete at the highest level in the most prestigious invitational tournaments and college showcases in the country.

The American Freedom now includes teams in Dallas, Ft. Worth, El Paso/Southern New Mexico, Colorado, Oklahoma, and Southwest Arkansas/East Texas. We expect to add other AF programs in other regions in 2015-16.

Many of our teams' non-parent, experienced coaches are former NCAA college coaches and high school coaches. All AF teams commit to competing at the top national/regional level appropriate for their age groups.

We have achieved our successes because we were founded on one simple principle:

"To compete as a national-level program committed to helping every player who remains committed to our philosophy get recruited to the 'right fit' for that player without regard to division of play."

In short, we believe we can be successful at the national level AND remain loyal to our players. We remain committed to player development at all age groups. We also believe a club should focus on college recruiting that makes sense for our players and their families. 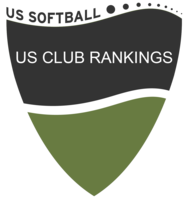 Our model works. The American Freedom Gold (Soefje) currently ranks No. 3 overall in North Texas, No. 10 in Texas, and No. 51 nationally on the 2015 Triple Crown/US National Rankings, which has become the sports' official, BCS-type ranking system.

The American Freedom program currently ranks 2nd in North Texas and 9th nationally among all travel clubs in the country on the Triple Crown/College Player Index (CPI). The CPI tracks the nation's best travel clubs' actual placement of players in college softball programs during the last 5 years. The AF is among the youngest programs in the national Top 50.

Our American Freedom Summer & Fall Exposure Invitational tournaments have become two of the best showcase events in the Southwest, featuring more than 24 top travel clubs from six different states competing at one, 4-field complex. More than 30 college coaches, including most of the region's top NCAA Div. I mid-majors, recruited the event again this summer.

The American Freedom also has become a leader and innovator in hosting college clinics open to all players on all travel teams. Our AF/NCAA Div. I & II College Clinics have become two of the best events of their kind, featuring more than 25 college coaches and attracting more than 200 elite-level travel players from almost every major travel club in the Southwest.

The American Freedom program also has become a regional leader in hosting on-campus, college round robins. Last year alone, our AF teams in the 14u, 16u, and 18u Gold age groups competed in on-campus round robins at numerous Big XII, Conference USA, Sunbelt, Southland, NCAA Div. II and JUCO campuses.